The other day I tweeted that Willie Mitchell had passed away after a long illness and I get a response “who is that” and I ask myself why am I the only person who knows about the storied Music history of Memphis? Now I am not talking about Elvis (who would have been 75 today) but the others who have either called Memphis home and moved on or still reside in Memphis.
I guess I was lucky growing up here in that when I was in grade school I used to recall either a big white Rolls Royce or Gold Lincoln Continental pulling up to the all girls school as we were dropping off my sister and the excitement. Mind you this was in the late 1970’s but the person who was getting dropped off….Isaac Hayes’ daughter and he had just came out with ‘Shaft” years earlier.
Fast forward to High School as I was on the basketball team (Stop snickering) as a student trainer the year we won the State Championship. We go over to one of our teammates grandfather’s house off of Mendenhall in East Memphis to have a pool party. In the pool house I wasn’t so much interested in the beer but rather looking at all of these gold records and proclamations that were on the wall. The player on the team Archie Mitchell, the grandfather – Willie Mitchell.
So off I go to College, I date this girl who’s sister is a restaurant manager in Memphis and she invites us to her club’s grand opening. We get VIP invitations to this club on Beale Street and get to ‘sit in’ on the sound check, meet the namesake of the club and get to break bread with him by eating some fried chicken. The name of the club and the artist…..Blues Boy King.
I have to admit it wasn’t till I was in college and soon afterward that I become to appreciate the music history and sadly it wasn’t fellow Memphians who taught me, it was the tourists who come to Memphis in droves….
Memphis has a great music history and has a lot of musicians come through to practice their trade and or record here, I hope someone else pays attention before they are all gone. 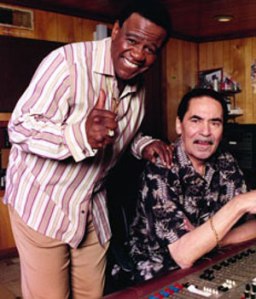 The Reverend and Poppa 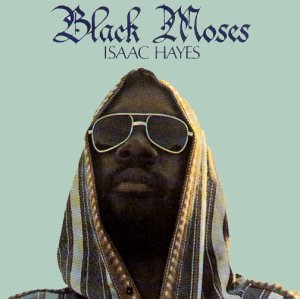 Yep he is one bad Mutha 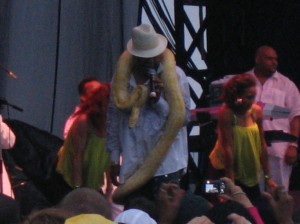 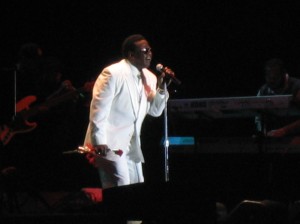 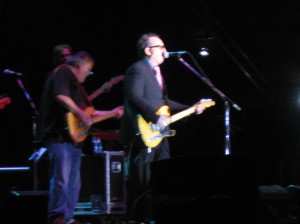 Elvis Costello (always in and out of town) 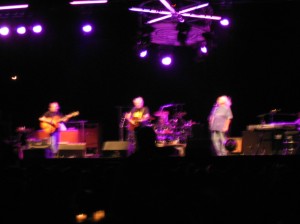 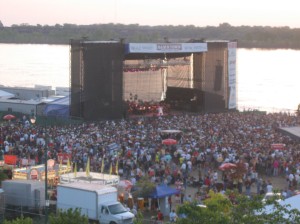 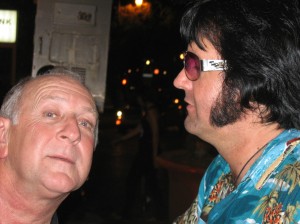 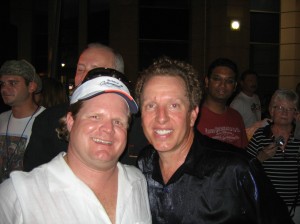 He may be a spaz but he is a Memphian and got his start at the Peabody Hotel during an ice storm. Oh that is Jason D. Williams 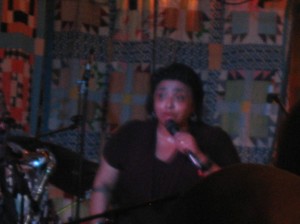 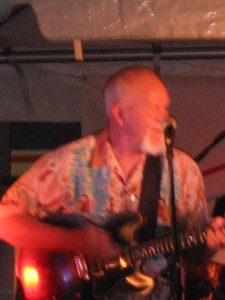 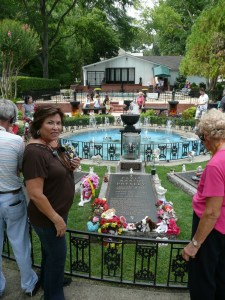 Ok I have to put a pic of the Hampster burial yard. And a picture of the Belizean Queen! 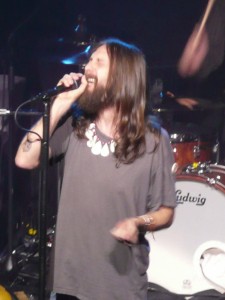 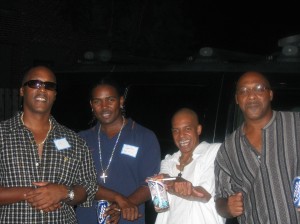 That is Archie in the white shirt 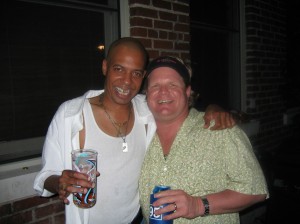 20 years and we still look good!
Rest in Peace Willie, thanks for making and producing some great music here.
TTK!