This post is for all of you who would bitch on Social Media about how Memphis should bury their electric lines underground rather than put on telephone poles. Shout out to a couple of you who asked if I was really dead because I hadn’t penned anything in a while. Ironic that my first post back from my 2 week hiatus is about something that could make me ‘join the choir invisible.”  Do you recall when I talked about the FIVE THINGS THAT CAN KILL YOU IN NYC well I seemed to have forgotten about one. What in the hell am I talking about here you wonder…….the ole NYC exploding Manhole cover. For those of you who do have power in Memphis let me explain what makes manhole covers explode in the summer.

New York is famous for putting everything underground; subway, electric, gas, fiber optics, dead bodies and sewer. As you can imagine with the street vibration both above and if you are lucky to live under the 4-5-6 line below will jostle things loose. Add rats chewing on electric lines, the salt and brine from the winter snow storms and you have some exposed power lines. Now that it is getting warmer in the city people are starting to use air conditioning more and the power demand is starting to spike and those cables below ground are starting to get warm. If you are one of those lucky tourists whom have ever gathered at the Times Square subway station you may have gotten a whiff of that wonderful NYC aroma. EDITORS NOTE – It is always funny to listen to tourists try to describe the smell they encounter at a subway station. Nobody has the heart to tell them that it is probably urine or poop.

So you have a brine soaked, overworked and frayed electric line below ground, you also have all kinds of gasses that are accumulating below ground and then there is a spark of electricity and BOOM! Thankfully the infrastructure below ground is pretty solid so at some point there has to be a relief valve or escape for this explosion. Hey is that a 90 pound manhole cover? Lets see how high we can blow that fucker into the air!! From what I understand there are some warning signs that New Yorker’s pay attention to. One is a manhole cover that is unusually warm or ‘hissing’. Yeah you want to stay the hell away from that joker, she can blow at anytime. Next is the manhole cover who is smoking like it spent Sunday at the Cigar Inn. You want to avoid that one at all cost because as they say, where there is smoke there is fire.

So last week I was heading over to pick up my dry cleaning and I notice one of those evil Bilco doors that was “catawampus” so I naturally took a picture of it and posted it on Instagram. As I head home I see the Engine 39 and Ladder 16 FDNY boys at the corner of 72nd and 1st Ave. I ask Pete what is up and he tells me that a Manhole cover exploded when an SUV was driving over it.  Naturally my first question was that everyone was ok and then asked if a pair of shorts was needed because the driver soiled his shorts.

That shiny building on the right. Yep that is Casa de Carbunkle! I texted Mr. 3 first names and the Asian Fireman to see if they were nearby. The answer was negative but as one of them told me “you should see when a manhole cover blows 30 feet in the air”

This scares me that they actually have a graphic for this. 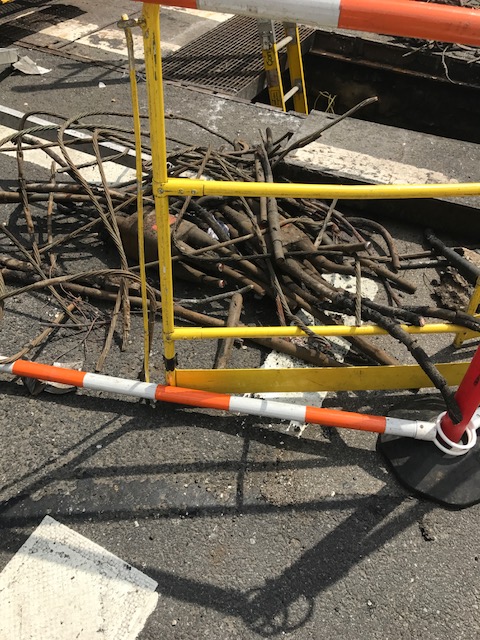 Con Ed Guys cutting out all the burned wire from the wiring harness. Smells like crap too! 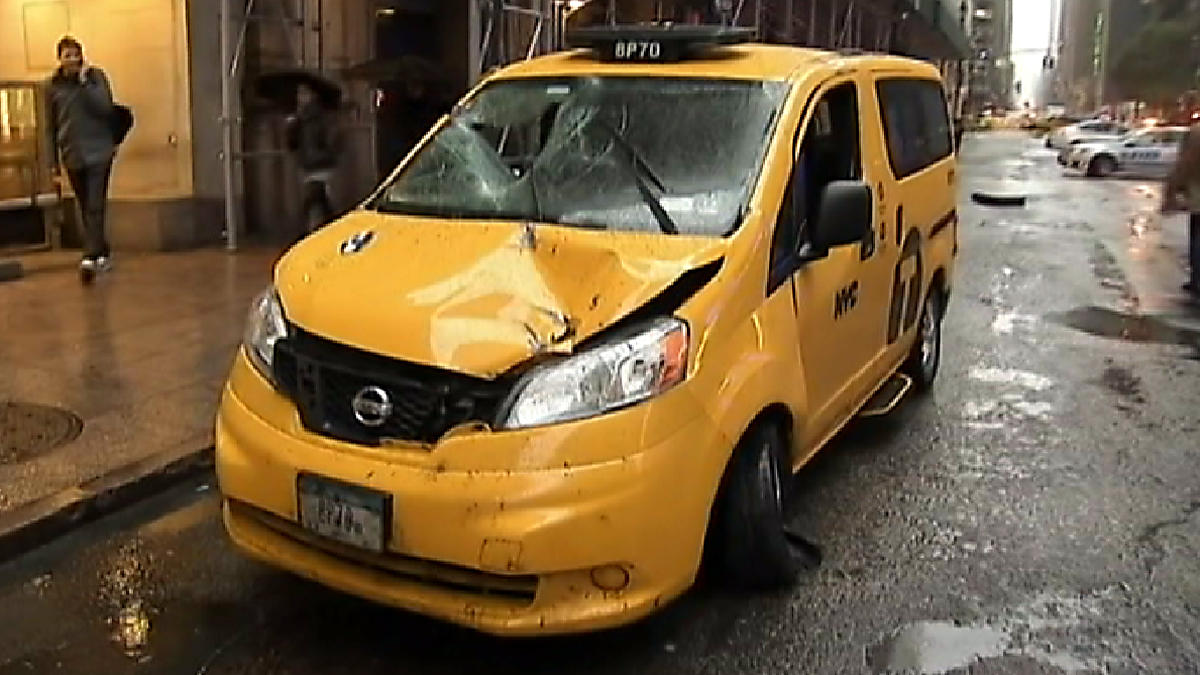 It is all fun and games till a manhole cover blows and takes out a yellow cab.

Hope you have a good Monday and for those of you still without power at your home hang in there. I guess my readers who say that Memphis “should bury all their power lines” now may be rethinking that comments.