There may be a broke ass Lenovo Laptop shattered into a thousand pieces on Livingston Street if this doesn’t boot back up.

Happy 21st Wedding Anniversary to Mrs. Trumpet for putting up with me. I knew that today was an important one because it is the code for my ATM, Credit Cards and luggage. We have some dinner reservations this evening before the 3 day weekend. Hope you all have a great holiday and I will have some new material next week. I promise.

Man we were children back in the day!

Since he posted it on the Book of Face, I figured that I could post this. Looks like my favorite Memphis Tavern is now a Rock n Roll bar. Hopefully they didn’t have to go find a Vidalia Onion like the did for Don Henley. 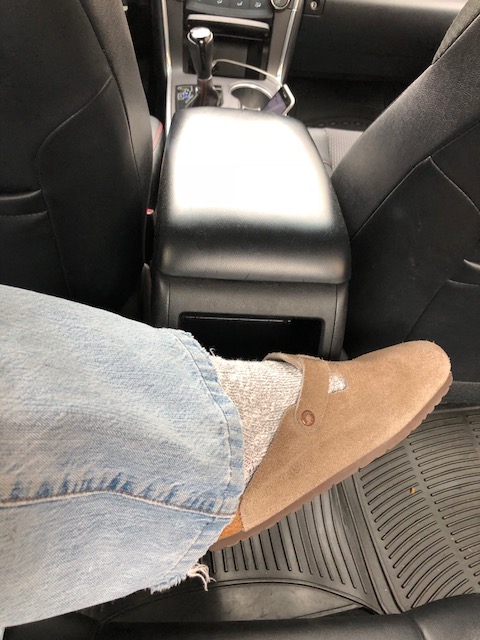 Here is where Mr. 3 First Names butt is going to twitch. Yep I am embracing my Hipster Roots here in Brooklyn

FYI – Target needs to restock because some asshole cleaned them out of cabinet door racks. 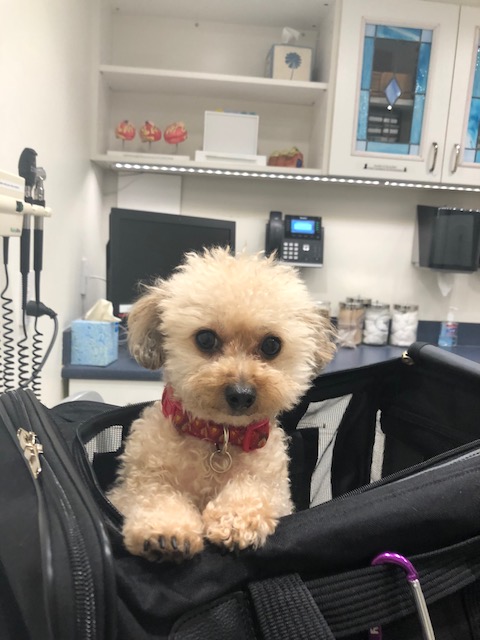 This monkey head is a riot! Scared to death when in the company of strangers but leave her alone and she wants to play.

We head to Jones Beach tomorrow to watch the Airshow tomorrow. Hopefully we will have good weather.

In a months time we have;

That’s a lot of shit if you ask me! Here are some pictures from those exploits in no particular order. 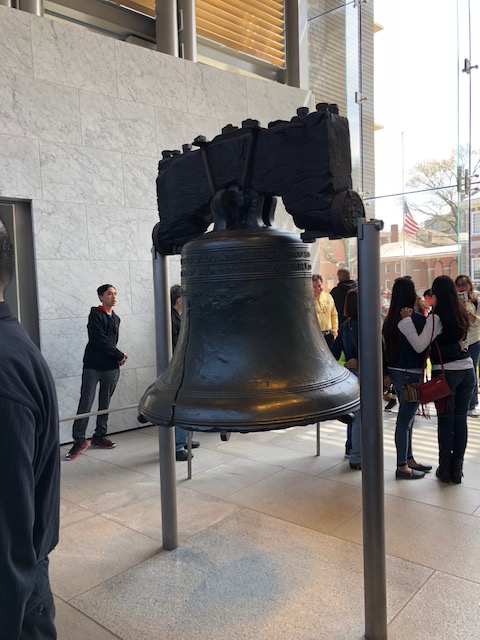 This is why Philly can’t have nice things. They cracked their bell

No this is not where we got our Cheese Steak Sandwiches 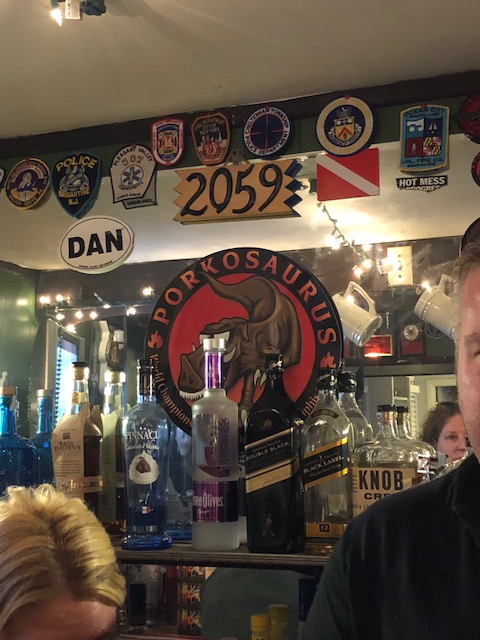 The Bar in Glenside, PA 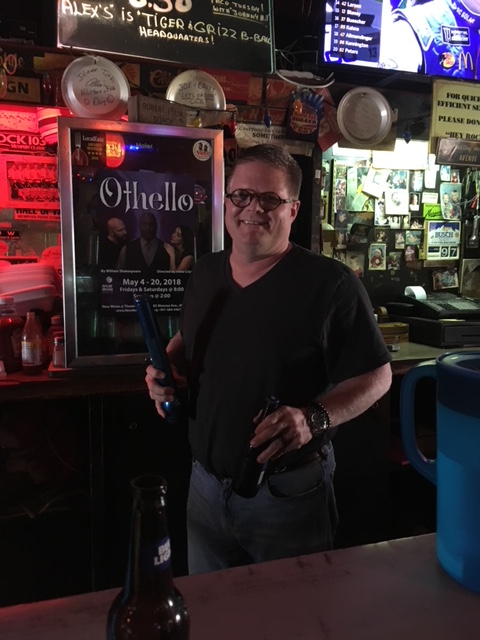 Andy you mind if I get some beers? Go ahead, I am on my coffee Break!

Now you Assholes do realize that we are all going to be getting on the same flight and they call you by groups right? Sit your asses down! 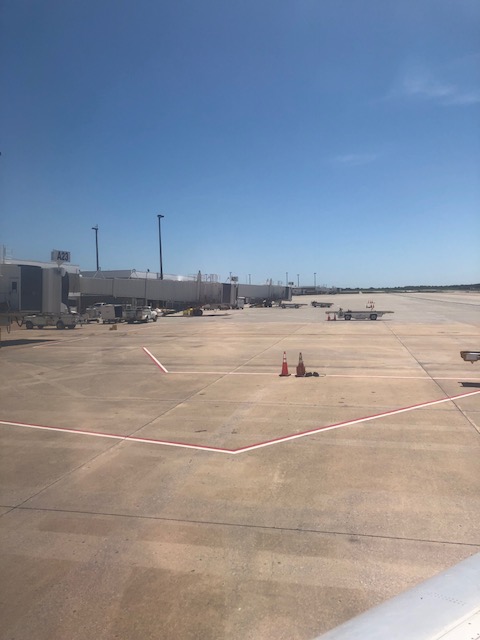 Packed Memphis Airport on a Monday 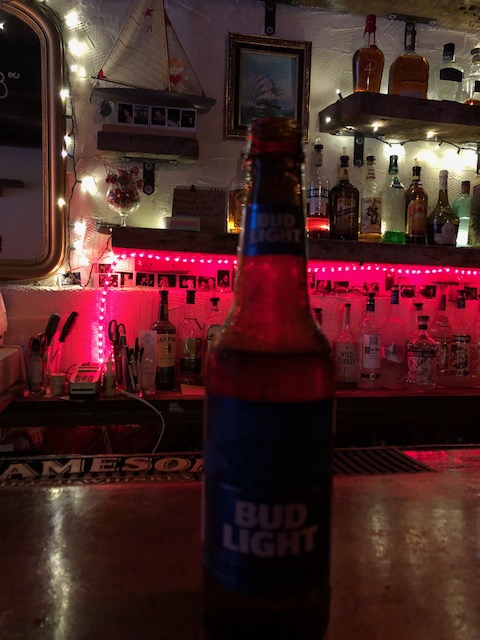 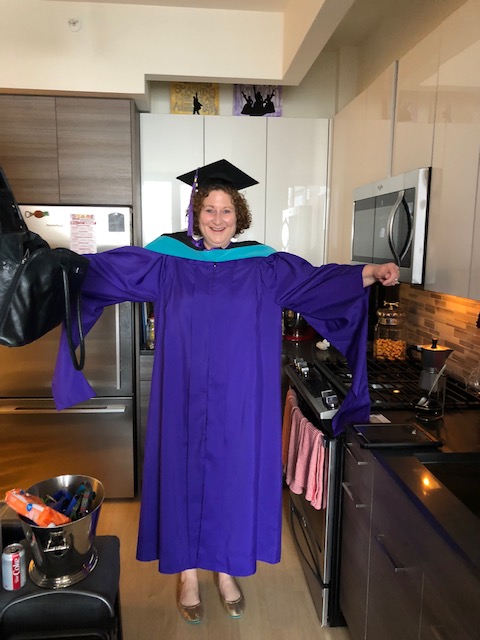 Momma and her wings! She did inform me that she really liked the Doctorial Robes and considered going for that. I don’t see the humor in that.

After Graduation, Lunch, and some shopping we decided to take a little nap.

Hope that everyone is recovering from BBQ Fest.

If I have said it once, I have said it a dozen times. Until you move to New York you don’t really appreciate the subtleness of Seinfeld episodes. I realize this post may go over the heads of some of my Memphis readers but here is a good analogy for you. How many times do you get defensive when the media says that there was a shooting in Downtown Memphis when it was actually in North or South Memphis?

Remember the Seinfeld “The Pothole” episode when Elaine was trying to order a specific Chinese dish but was outside of the delivery zone? Even though she was on the other side of the street they still wouldn’t deliver it. Welcome to our life folks. When we were moving in our new dog walker came up to us and was doing her best sell job. When she was walking off she said “You will love living in Boerum Hill it is so different than living anywhere else.” I didn’t really give it much thought but later I started thinking; “I thought we lived in Downtown Brooklyn.” I asked Maria about it and she said that the other side of the street is considered the Boerum Hill neighborhood.

When we lived in the Upper East Side we had a similar situation because how you looked at it we could have lived in the; Upper East Side, Lenox Hill Neighborhood, or even  Yorkville. Not that it is a big deal but I have had to explain a couple of times where we live to native New Yorkers as they can’t identify the area. Normally when I say that we aren’t too far from Juniors Cheesecake they know exactly where we live.

The past week we have done some walking around Downtown Brooklyn and it is all good. We have the Fulton Street Mall (think Main Street Mall in Downtown Memphis) where we can get us a late night Papaya Dog and also shop for a new wig. We have the DeKalb (You don’t pronounce it like the owner of The Vault) Food Court and Mall where we can visit Target, Century 21, Trader Joes and have all kinds of food choices. And let’s don’t forget Smith Street where it is a cross between Overton Square with a Cooper Young Neighborhood feel and Brownstones. Oh did I mention that we have Liquor Store in our building, a stones throw from a Fresh Market and are one subway stop from killer bagels.

More on this later. 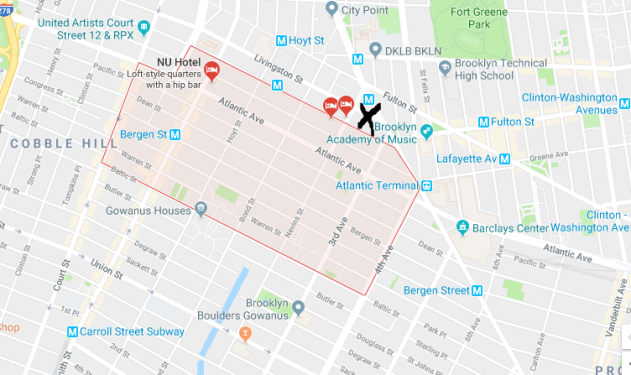 So the Red Shaded Area is Boerum Hill and the Crude X is our building. Oh and for those wondering Cobble Hill is where the Gnome Lover lives. Wait till he gets back from BBQ Fest and then we start doing some drinking.

Look for the Birdsnest atop the tall ass building and that is our building. 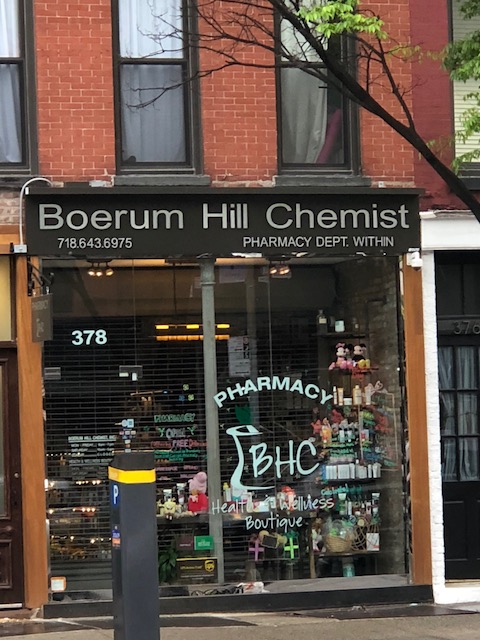 Kind of refreshing to know that there isn’t a CVS or Duane Reade on every corner here. Shop Local!

Not Photo shopped folks, I took this last weekend on my way to….wait for it….a bar!

LVD when should we anticipate your arrival? Oh by the way Lauren 2.0 is heading your way this weekend for WCBCC. 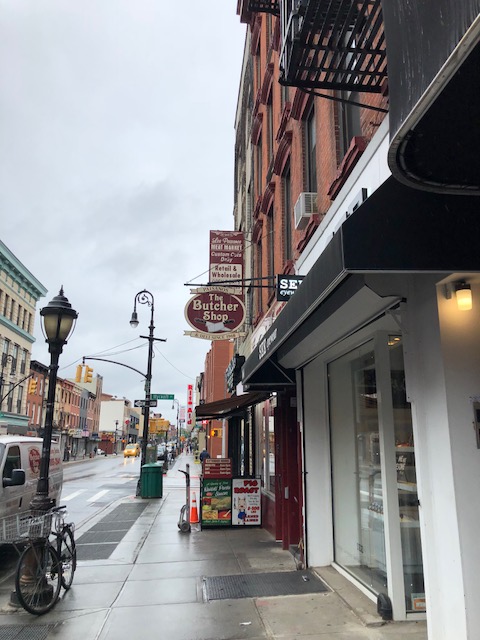 Smith Street on my way to get a bagel

37:03 – that is the time it takes me to get from the UES (more specifically The Cigar Inn) to our new joint. Sadly cigar smoking parlors is frowned upon in Brooklyn. They don’t have any joints like they do in Manhattan.

First Sunday Funday we went to this establishment thanks to Mr. 3 First Names

I have to stay close to my Budlight roots, I do enjoy a good craft beer but when you are going to drink a ton of something it helps having something familiar.

I have about 3 blog entries just about dive bars still in the que.

Well today she does. Please help me congratulate Mrs. Trumpet on achieving her Masters from NYU. Not only did she do this in 2 years, she did it while working full time, interviewing and getting a new job, and we moved too. I am proud of her but I may punch her in the throat if she decides that she wants to go after that Doctorate.  Not to worry, she has assured me that the next couple of books she reads will be for fun.

She was a good sport 2 years ago when I snapped this pic before her first day.

This shit is getting old is what she is really thinking

Oh and by the way, her football team is undefeated! #WewantBama

I am so proud of her and I am also looking forward to not having to study all the damn time.

It will be fun they said!

I am kidding, now that we are one full week and two weekends into the Hipster Vibe and it isn’t that bad. I realize that I am way behind as I have trips to Memphis, Philly and this silly move as well as other things to report on this worthless dribble of a blog. I plan to report on all those doings this like old people drive; all over the fucking place! Don’t be surprised if you see multiple entries on the same day and some back dated posts. It isn’t like my advertisers are going to be pulling those million dollar ad deals.

First of all and let me be perfectly clear, if you have anyone who tells you that you that moving isn’t all that bad or they actually enjoy it you need to unfriend their ass right then and there. You don’t need to be friends with someone who is clearly out of their fucking mind. Now that we are in the new space and have made numerous trips to the trash compactor and the Goodwill donations center we get it. Moving into a studio apartment in New York is best done like you are coming into the world – Naked and screaming! 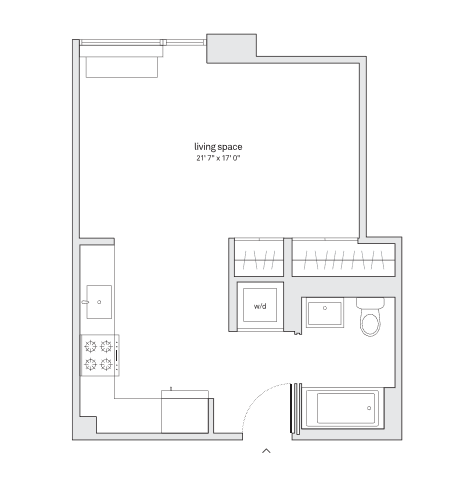 So here is our space. We learned that having an “open kitchen” can actually hurt you when needing space but we think we can make it work.

White dog (who is blind) is not happy at all! Red Dog has been very needy and is scared to death that we are going to leave her ass somewhere.

After a week of sleeping on the ground with the mattress on the floor we got a new bed. Thankfully we don’t need a stepladder to get into this one like the old bed in the UES.

Maya is happy now that she can go from floor to couch to bed without needing help.

Like I said, we did some “recon” on the local drinking establishments this past week.

Hope you had a laugh.

“We hardly go into Manhattan anymore. Why go there when we have everything we need here in Brooklyn.”  Ease Up folks! Don’t start burning manbuns and V-Neck shirt just yet. Its been a tough weekend and I am typing this on my Work Hotspot as we are going to have to wait 2 weeks for FIOS.

Anyway we are in Downtown Brooklyn and I will report more later. Trust me when I say that I have a WHOLE new subject matter to expound on.

Hope you are doing well after Music Fest and the Kentucky Derby. I know it has been a tough one.

“Hazy Day yesterday when I took this. Yep the View Doesn’t Suck! And yes that is the Empire State Building I get to see every night. Text 901.526.5261 to know what color it is.

Have a salad and extra water if you were at either Music or Jazz Fest or the Derby. You need it.